Seeing the City Through the Trees


Cities are often thought of as forests of metal and concrete, but what if the trees can tell us something about the "forest"?

Saba Asefa, a graduate student in the Geology Department at Western Washington University, is using tree leaves to determine pollution levels in two neighborhoods in Seattle: Duwamish Valley and Capitol Hill. Particle pollutants can be harmful to human health and her work gives us a better idea of what types of areas in a city see the most pollution. Saba’s work also informs cities on how to reduce particle pollution in their neighborhoods.

In addition to applications to pollution reduction and health, Saba is also using her research to encourage and empower students by including them in her research efforts. Saba will be working with high school students, who will help her collect samples in the Duwamish neighborhood, to teach them about their own neighborhood and empower the next generation of scientists.

I talked with Saba last week about her research and I really enjoyed speaking with her. Listen to the podcast above for our whole conversation!

Popular posts from this blog 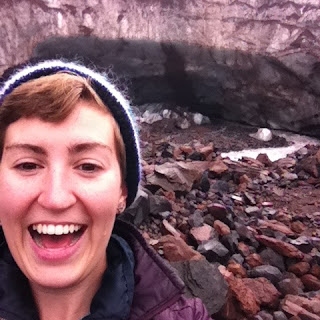 That's me standing in front of a glacier. Obviously, I'm pretty pumped.

What better place to start this blog than glaciers? "Glaciology" is in the name of this blog, my research is on ancient glaciers and I'm clearly way too excited about them. Before I jump into why my research on ancient glaciers is important, let's start with why you, citizen of the world, care about these giant, awesome, hunks of ice.
Everyone has heard that the glaciers are disappearing, by why do we care if glaciers disappear? Even outside of the issue of climate change, glaciers disappearing has major consequences for communities. In the winter, when precipitation is high and temperature is low, glaciers grow and store precipitation as ice. In the summer, as temperatures rise, the glacier melts. In the Pacific Northwest, where I live and work, precipitation is high in the winter and water that would otherwise run into the ocean, is stored as ice high up in the mountains. In the year…
Read more

Go with the flow 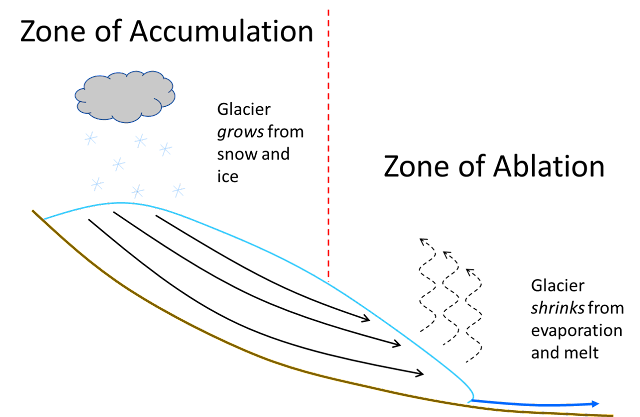 These days, when we think of glaciers, we think of alpine glaciers. They're relatively small, and they occur only in the mountains. By definition, a glacier must flow, so a stagnant piece of ice is just ice, not a glacier. In alpine areas, glaciers flow for a couple of reasons, and the slope of the mountain is only part of the reason.

Ice is a solid, but under enough stress, it acts "plastic," which means that under enough stress, it can deform, or flow, without fracturing or breaking. If you hit an ice cube with a hammer, it will break into a million tiny pieces, but with the right amount of stress, applied over time rather than suddenly, the ice will deform, instead of shatter. It's similar to silly putty; if you pull silly putty apart quickly, it will snap, but if you pull it slowly, the putty stretches. If you’re unfamiliar with silly putty, check out the first 30 or so seconds of this video to see how it stretches and breaks. 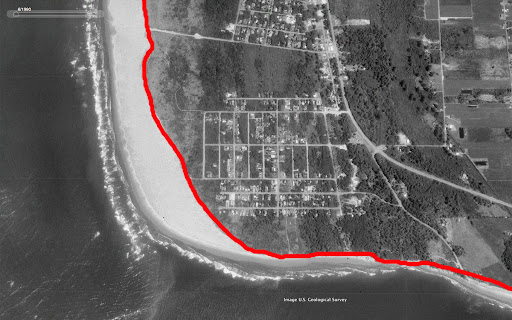 In light of the recent funding agreement reached by lawmakers early this month, I would like to talk a bit about why federal science funding matters. As a geologist and lifelong resident of the Pacific Northwest, I am particularly aware of the importance of the work done by the US Geological Survey in Washington state. USGS funding was potentially on the chopping block for the 2018 federal budget but the Survey was spared cuts, at least until September, when budget negotiations will resume. The necessity of science funding, or at least government-backed science funding, is often called into question but government science entities, like the USGS, provide critical knowledge about the world we live in and improve our quality of life.
Although federal science spending is decreasing, the federal government still accounts for almost halfof basic science funding in the US.  This basic science funding creates jobs,improves national security, bolsters local economies, and fuels new discoverie…
Read more